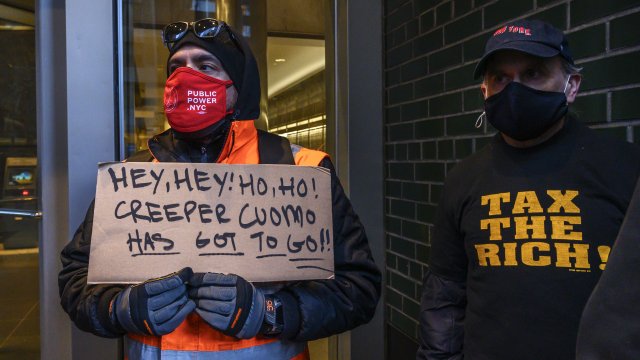 Calling for him to resign.

At least three women — including two of his former staff members — have come forward accusing the governor of sexual harassment. Cuomo denies the claims — but protesters say they aren't buying it.

"Knowing that Cuomo has perpetrated these transgressions against people in the workplace is sickening." said protester Susan Kang "But it's not just about sexual assault and the harassment. It's also about the fact that Cuomo governs by abuse."

Cuomo has stayed out of the public eye since last month.

A stark contrast to his schedule just months ago — when he was providing daily coronavirus briefings that got national attention.