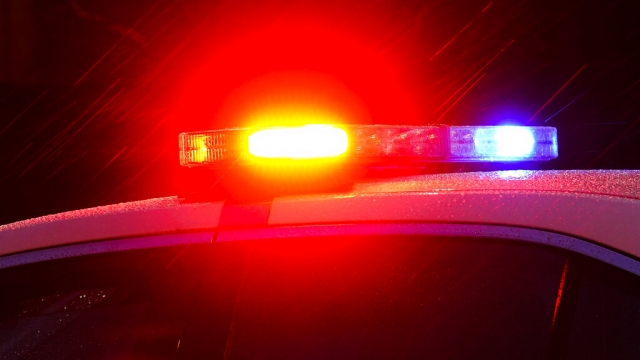 SMS
Protecting Ex-Officers From Becoming Targets While Serving Prison Time
By Jamal Andress
By Jamal Andress
May 18, 2022
A former warden says being a former police officer with a high-profile case puts them at risk behind bars.

In the past two years several law enforcement officers have been thrust into the national spotlight for their on-duty actions.

A few of those, like Kim Potter and Derek Chauvin, have been convicted of violent felonies.

Cameron Lindsay is a former warden. He served as warden for 12 years at five facilities.

"From my perspective, putting an individual like that in general population, is an invitation for disaster," he said. "Derek Chauvin, you could argue, is America's most hated person."

Lindsay says for these officers who are convicted, just being a former cop plus the high-profile nature of many of their cases puts them at risk behind bars.

"In a high security environment, there are inmates that will be waiting at the door, so to speak, that will want to investigate and will assuredly find out the background to some degree on every inmate that comes in that door," Lindsay continued. "As a general rule, law enforcement officers will have a very difficult time adjusting."

Jason Van Dyke, the former Chicago police officer who murdered Laquan McDonald in 2014 and has now been released, was reportedly attacked while in a Connecticut prison.

Afterward, Van Dyke was moved to solitary confinement and restricted to his cell for 23 hours of everyday. He was shuttled between a number of facilities and, according to The Chicago Tribune, was part of a program that keeps high-profile inmates like former police officers off prison databases accessible to the public.

Lindsay says while he recognizes the need for solitary confinement in some situations, he doesn't support its use.

After being convicted of murder in state court, Derek Chauvin reached a plea deal with federal prosecutors to serve his sentence in a federal prison rather than a state-run facility.

Similarly, Gregory and Travis McMichael, convicted of murdering Ahmaud Arbery, requested a similar deal from federal prosecutors — a guilty plea in exchange for serving out their sentence in federal prison.

That deal was ultimately rejected by the judge when Arbery's family called the sentence to federal prison too lenient.

"Those are all secure facilities," he said. "None of them are representative of something soft or "club fed" or whatever. I think this whole perception of comes from years ago. And looking at minimum security level prisons with no security features, no fences, no no walls, one correctional officer for 150 inmates or whatever. But day to day life for inmates in secure facilities, whether they be state or they be federal, I believe would be quite similar."

Now, it's important to mention, it is rare for police officers to be criminally charged for violent actions while on-duty.

According to Bowling Green State University, law enforcement officers on average fatally shoot between 900 and 1,100 people per year but since 2005, just 165 officers have been arrested on charges of murder or manslaughter in on-duty killings.

Less than a third of those charged have been convicted.