Proof Of Donald Trump's Charitable Donations Is Hard To Find 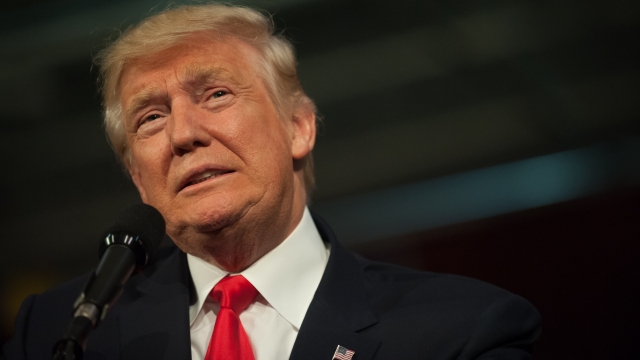 Donald Trump says he's given millions of dollars to charity. But The Washington Post had a hard time proving those claims.

The Post reports it contacted over 420 charities with a connection to Trump and asked them to confirm any charitable donations from the businessman turned presidential candidate. Between 2008 and spring of 2016, The Post confirmed just one financial donation.

The paper says the organization that's received the most money from Trump throughout his lifetime is his own — the Donald J. Trump Foundation.

The Post says the largest gift ever from the Trump Foundation was for $264,631. That money renovated a fountain outside Trump's Plaza Hotel in New York City.

The New York attorney general's office is investigating the Trump Foundation, and the organization was ordered to stop collecting donations on Sept. 30.

This isn't the first time Trump has come under fire for his financial dealings. In September, Trump was accused of using more than a quarter of a million dollars from his foundation to pay off his personal legal battles.

In January, Trump skipped a Republican primary debate to host a fundraiser for veterans. But the campaign was criticized for delays in transferring that money along to veterans groups.

Some financial questions could be answered if Trump releases his tax returns. But the candidate insists he won't release them because he's being audited by the IRS.

In response to The Post article, the Trump campaign put out a statement saying the candidate "has personally donated tens of millions of dollars ... to charitable causes."