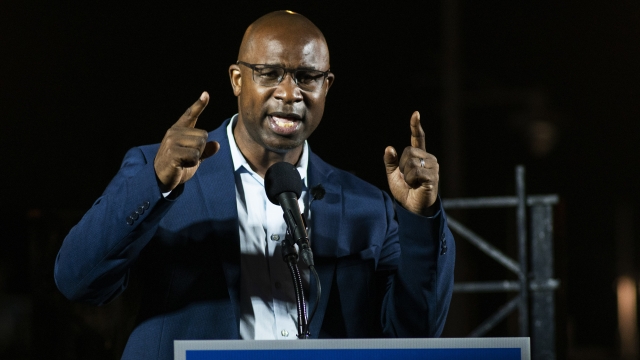 Progressives have a message for President Biden, and Wednesday night they delivered it in a formal response to his first address to Congress.

"We've always said that the election of Joe Biden is the door but not the destination," says Maurice Mitchell, the national director of the Working Families Party.

The move is unusual because Bowman is a member of the president's own party. Traditionally, the opposition party offers a response when the president delivers a speech to Congress — and it's usually critical.

But the point of Bowman's speech wasn't to criticize the president or open a rift between the Democratic Party. It's goal was to complement the president's speech and highlight the kinds of action the left wants to see from the White House moving forward.

"A combination of affirming the things that we hear Joe Biden say that we align with and then going a step further towards how we actually get there," explains Mitchell.

For decades, the party without control of the White House has delivered a rebuttal of presidential addresses. When the president is a Democrat, the response is usually given by a Republican, and vice versa.

This year was no different, with Senator Tim Scott of South Carolina delivering the GOP's rebuttal.

The proliferation of social media has led other party leaders to jump in the game and offer their own responses via live-stream. The practice has been embraced by tea party groups to major political figures, like Senator Bernie Sanders of Vermont.

The Working Families Party, for one, started delivering its own response — separate from the Democratic Party — during the Trump administration. It decided to continue the tradition with the Biden administration.

"It's about inspiring everyday people to take up the mantle of change," Mitchell tells Newsy of the progressive response.

Last year, Congresswoman Ayanna Pressley of Massachusetts spoke on behalf of the Working Families Party. In 2019, it was delivered by Wisconsin's Lieutenant Governor, Mandela Barnes. And Donna Edwards, the former Maryland congresswoman, did it in 2018.

Top lawmakers and activists on the Left are generally happy with the Biden administration so far.

"President Biden has definitely exceeded expectations that progressives had," Rep. Alexandria Ocasio-Cortez, D-N.Y., said of the president's relationship with progressives earlier this week.

But they credit some of that goodwill to their dedication to holding him accountable and making sure their voices are heard at the White House.

And the Working Families Party says Bowman was the right person to convey that message.

"Congressman Bowman is a regular person," explains Mitchell. "He's an educator that grew up in his district, that understands in a very real way the contradictions and challenges that everyday working class people are trying to deal with."