Pro-Erdoğan Violence In D.C. Is A Window Into The Crackdown In Turkey 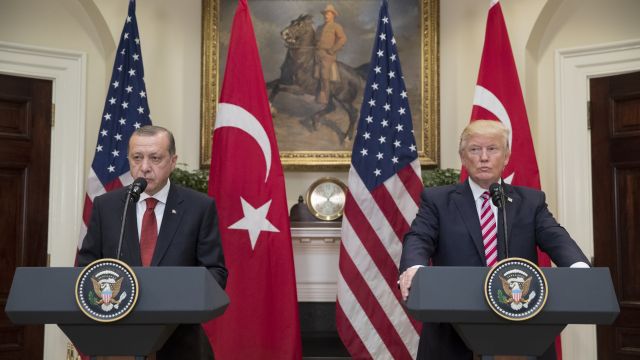 SMS
Pro-Erdoğan Violence In D.C. Is A Window Into The Crackdown In Turkey
By Jake Godin
By Jake Godin
May 17, 2017
After a failed coup in Turkey, its president has cracked down on his political opponents.
SHOW TRANSCRIPT

Supporters of Turkey’s president attacked protesters in Washington, D.C., on Tuesday. Police say at least nine were injured in the fight, and two people were arrested.

Turkish President Recep Tayyip Erdoğan was warmly welcomed to the White House earlier. He's been heavily criticized for his mass arrests in Turkey.

Turkey has cracked down on any opposition since last year’s failed coup. Thousands of teachers, judges, soldiers and government employees have been arrested or dismissed. 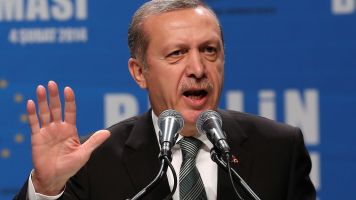 In April, Turkey narrowly passed a vote to alter the country's constitution. The amendments will transform the country into a presidential republic, meaning Erdoğan can stay in power.

The EU criticized the vote, saying it will diminish Turkey’s separation of powers. President Donald Trump, however, was one of the first to congratulate Erdoğan on the vote.