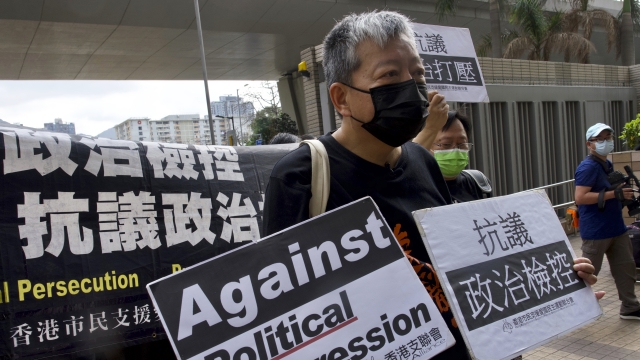 The leaders face time behind bars for their roles in an anti-government protest that was deemed an unlawful assembly.

Media tycoon Jimmy Lai is among those convicted for participating in unauthorized protests or carrying banners criticizing police and calling for reforms.

Beijing has imposed a strict national security law for Hong Kong, sparking outrage from human rights activists who say it restricts freedom and the city's autonomy.