Princess Cruises Will Pay A $40M Penalty For Polluting The Ocean 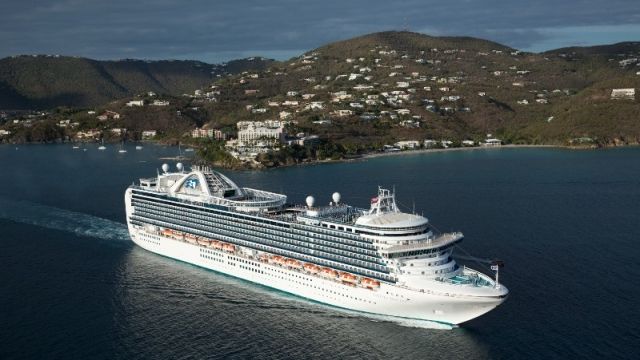 SMS
Princess Cruises Will Pay A $40M Penalty For Polluting The Ocean
By Briana Koeneman
By Briana Koeneman
December 1, 2016
The cruise line will plead guilty to seven felony charges "stemming from its deliberate pollution of the seas and intentional acts to cover it up."
SHOW TRANSCRIPT

Princess Cruises is in some royally big trouble.

According to a statement the U.S. Department of Justice released Thursday, Carnival's Princess cruise line will plead guilty to seven felony charges "stemming from its deliberate pollution of the seas and intentional acts to cover it up."

Princess will have to cough up $40 million in fines — the largest-ever criminal penalty for intentional vessel pollution.

The Justice Department says the Caribbean Princess cruise ship is to blame. An investigation found the vessel illegally dumped oil-contaminated waste and is linked to ports in nine U.S. states and two territories.

Crew members secretly did this by disposing of the waste through a "magic pipe," which bypasses the ship's normal equipment.

SEE MORE: This Cruise Ship Is So Large, It Could House An Entire Town

The Caribbean Princess had apparently been making illegal discharges since 2005 — just one year after it officially began operations.

But authorities weren't made aware of the issue until August 2013, when a newly hired engineer reported an illegal dump off the coast of England.

John Cruden, assistant attorney general for the Environment and Natural Resources Division, said in the statement: "This is a company that knew better and should have done better. Hopefully the outcome of this case has the potential not just to chart a new course for this company, but for other companies as well."

As part of the plea agreement, Princess and eight other cruise lines owned by Carnival will be under a court-supervised environmental compliance program for five years.

Princess Cruises currently owns and operates 17 ships. It's set to unveil another next year.