Prince Henrik Of Denmark Dies At 83 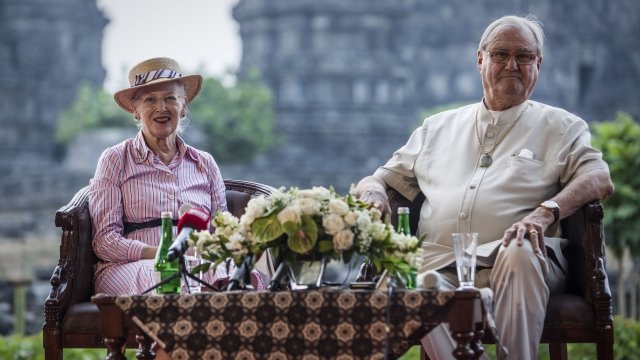 Prince Henrik of Denmark has died. He was 83 years old.

The Danish royal family announced he died in his sleep Tuesday night surrounded by his family.

Henrik was married to Danish monarch Queen Margrethe. But his title was prince consort — something he was openly frustrated about for years.

That frustration sprang up again last year, when Henrik announced he didn't want to be buried next to his wife in the cathedral where the remains of Danish royals are traditionally laid to rest.

Henrik was diagnosed with dementia in 2017 and was recently hospitalized for a lung infection.

Henrik is survived by his wife, two sons and multiple grandchildren.