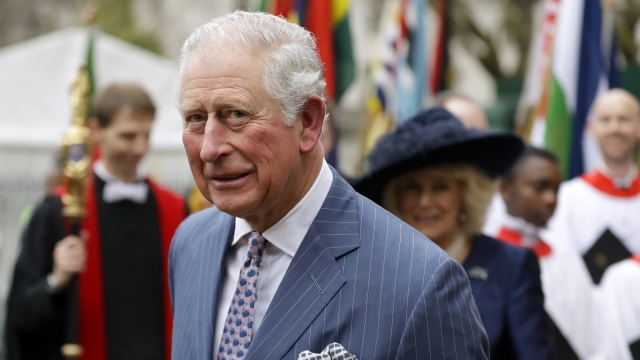 SMS
Prince Charles Has Recovered From The Coronavirus
By Ahmed Jawadi
By Ahmed Jawadi
April 1, 2020
​The prince's office said Monday his doctor had cleared him to come out of self-isolation.
SHOW TRANSCRIPT

A week after announcing he tested positive for the coronavirus, Prince Charles says he's now "on the other side of the illness."

The Prince of Wales' office said Monday his doctor had cleared him to come out of self-isolation after Charles experienced "mild symptoms." Charles said in a video message Wednesday that although he's feeling better, he is still practicing "social distance and general isolation."

He praised the U.K.'s health care workers for their "extraordinary skills and utter, selfless devotion to ... the care of their patients," adding that they deserve to be "treated with special consideration when coming off their [exhaustive] duties."

The prince acknowledged the "profoundly difficult situation" his country is facing but called on residents to "try and live with hope and with faith in ourselves in each other."

"None of us can say when this will end, but end it will," Charles said.