Changes Could Be Coming For The White House Press Corps 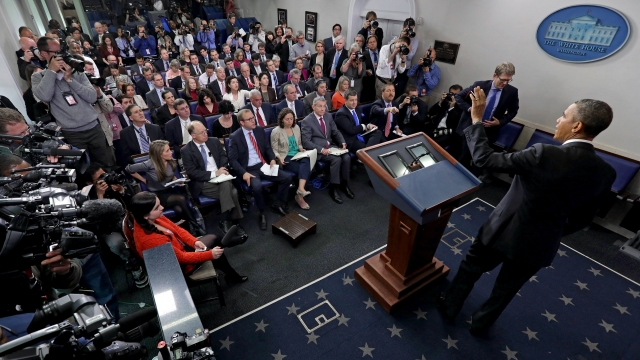 SEE MORE: Why The Press Is So Worried About Access To The Trump Administration

Priebus said, "And they're just sort of —"

Priebus, who is currently the chairman of the Republican National Committee, said the team is looking at a number of changes — including to the daily press briefing.

"The point of all of this conversation is that the traditions — while some of them are great — I think it's time to revisit a lot of these things that have been done in the White House. And I can assure you that change is going to happen, even on things that might seem boring, like this topic," Priebus told Hewitt.

While Priebus didn't go into much detail, he did say changes to seating assignments are part of the ongoing conversation.

SEE MORE: Trump Says His Win Convinced A Company To Invest $50B In US Startups

"For the most part, the more formalized reserved seating piece came in over the last eight years. That issue is being talked about," Priebus said.

Not quite. As the White House Correspondents' Association pointed out, assigned seating began in 1981. Those assignments have been carried out by the association — not the president's administration — over the past 20 years.

The president of the the White House Correspondents' Association said in a statement it noted Preibus' comments "with concern."