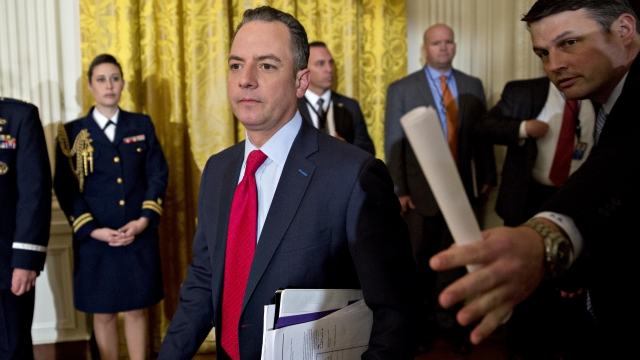 SMS
Did The White House Ask The FBI To Dispute Media Reports On Russia?
By Lindsey Pulse
By Lindsey Pulse
February 24, 2017
Reince Priebus reportedly asked the FBI to denounce claims that members of President Trump's team had contact with Russia.
SHOW TRANSCRIPT

There's a pretty confusing report coming from the White House. It involves a request chief of staff Reince Priebus made to the FBI.

"They have made it very clear that that story in the New York Times is complete garbage," Priebus said on Fox News Sunday.

Let's back up. In mid-February, The New York Times reported campaign staffers and associates of President Donald Trump had multiple contacts with Russian intelligence officials during the 2016 election. The Times said it got that information from phone records and intercepted calls.

It didn't say who was involved in the calls. And we should note that it's not unusual for campaign staffers and various members of foreign governments to talk.

The Times' findings are part of an ongoing investigation involving multiple U.S. intelligence and law enforcement agencies. Priebus reportedly asked one agency — the FBI — to dispute those claims.

But according to Spicer, Priebus only made the request because the FBI told the White House the Times' story was inaccurate.

Spicer told ABC the White House "didn't try to knock the story down," but asked the FBI to "tell the truth."

Priebus appeared on Fox News Sunday this week and said he had been in direct contact with the FBI about the report.

"The top levels of the intelligence community have assured me that that story is not only inaccurate, but it's grossly overstated, and it was wrong," Priebus said. 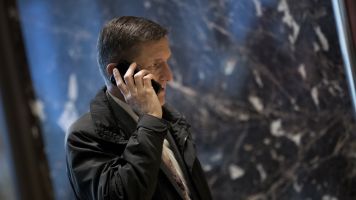 He didn't say who those top-level officials were. But White House officials said Priebus talked to both FBI assistant director Andrew McCabe and director James Comey.

There's a lot that's still unclear about this report. The FBI declined to comment, citing an ongoing investigation.

What is clear is that the Trump administration continues to struggle with unauthorized leaks. In a series of Friday morning tweets, Trump called on the FBI to find the QUOTE "leakers" giving classified information to the media.