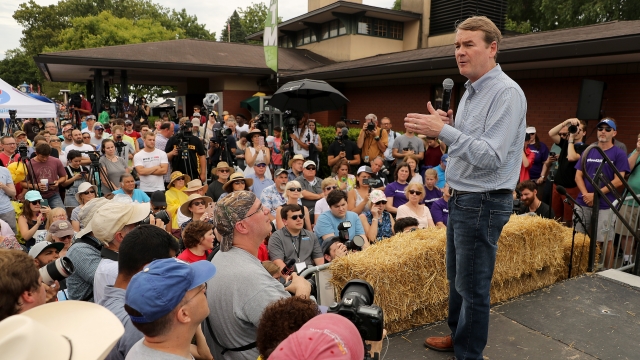 The Democrat from Colorado officially announced his candidacy in May 2019, just a month after sharing that he'd been diagnosed with prostate cancer.

But Bennet struggled to pick up momentum. He participated in the first two Democratic debates, but his national polling average remained very low, hovering around less than 1%.

Bennet centered his campaign around a plan he called The Real Deal. His $6 trillion agenda included universal preschool, a $15 minimum wage, investment in infrastructure and comprehensive immigration reform. In comparison with more progressive candidates who are calling for free college and "Medicare for all," the senator said his plan was "achievable and fiscally responsible."

But despite his dashed presidential dreams, Bennet returns to Capitol Hill, where he'll face reelection in 2022.