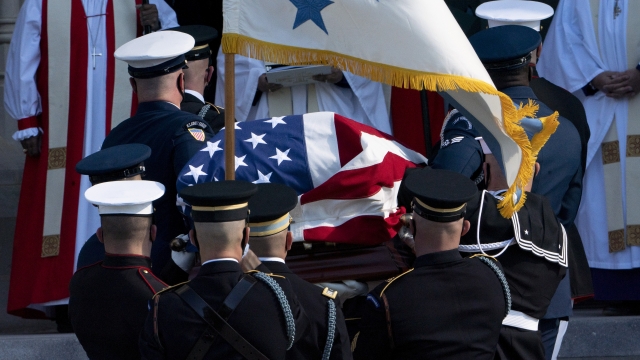 Colin L. Powell, the trailblazing soldier-diplomat who rose from humble beginnings to become the first Black secretary of state, was remembered by family and friends Friday as a principled man of humility and grace whose decorated record of leadership can serve as a model for generations to come.

“The example of Colin Powell does not call on us to emulate his resume, which is too formidable for mere mortals,” his son, Michael, said in a touching tribute at his father's funeral service at Washington National Cathedral. “It is to emulate his character and his example as a human being. We can strive to do that.”

Two recent presidents did not attend — Bill Clinton, who is recovering from a severe infection, and Donald Trump, who publicly disparaged Powell after his death for having been critical of the former president.

Powell died Oct. 18 of complications from COVID-19 at age 84. He had been vaccinated against the coronavirus, but his family said his immune system had been compromised by multiple myeloma, a blood cancer for which he had been undergoing treatment. 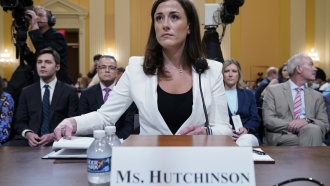