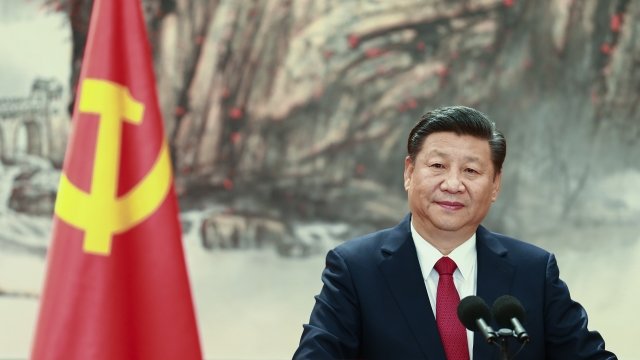 China's President Xi Jinping has anointed the country's next generation of leaders, who will guide China's ambitions as a global power.

The standing committee has seven members, and they'll run China for the next five years. The larger Politburo includes 25 top officials, regional chiefs and military leaders. Those two bodies are above the Central Committee, which is just over 200 strong. In addition to earning a second term as president, Xi will also continue on as the party's general secretary, the top party official and de facto leader of China. 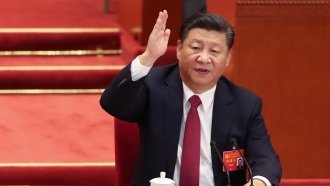 A big topic China analysts discussed ahead of the meeting was the question of Xi's successor.

But the new Standing Committee doesn't include an obvious heir — which could mean Xi will try to hang onto some of his power after he's served his two allowed presidential terms.

In order to do that, Xi could keep his current position as Chairman of the Central Military Military Commission. He could also keep his title as general secretary, which has no term limit. Or he could assume the role of "paramount leader," an unofficial role seen as China's most prominent political leader.

Xi is now in a stronger position to assert China's power on a global scale. His ideology clashes heavily with Western-style democracy, but he's also tried to present China as a world leader on issues like climate change and international trade.

China is flexing its muscles in the South China Sea, building artificial islands it'll likely use as military bases.

It also has its economic gaze set on Africa, where it's been involved in infrastructure projects. China became Africa's largest trading partner in 2009.