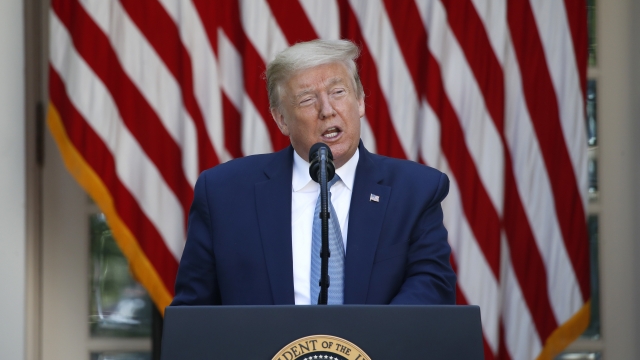 "That means big, and it means fast."

President Donald Trump unveiled the effort in the Rose Garden Friday. The goal of the initiative is to develop a coronavirus vaccine quickly.

The president said he thinks they'll have a vaccine by the end of the year. But even then, he said he's confident the country will go back to normal with or without one, despite health experts saying a vaccine is needed to beat the virus. They've also said developing a vaccine could take a least a year.

"I just want to make something clear, it's very important," President Trump said. "Vaccine or no vaccine, we're back. And we're starting the process."

A senior administration official told CNN that scientists on the project identified 14 potential vaccines to focus on for development and are hoping to have three or four pass final testing and become available.