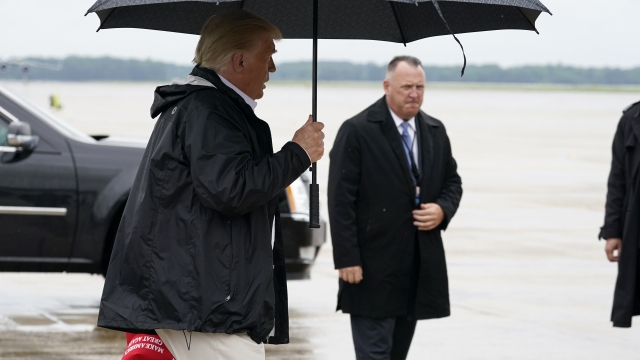 President Donald Trump visited Lake Charles, Louisiana and Orange, Texas Saturday — two of the areas hardest hit by Hurricane Laura. The Category 4 hurricane made landfall Thursday morning and at least 16 people have lost their lives. Many of the deaths were caused by falling trees. But poorly ventilated emergency generators are also taking a toll, including a Louisiana family of five killed by carbon monoxide poisoning.

"I'm here to support the great people of Louisiana. It's been a tremendous state for me. I love the people. We've had a good relationship right from the beginning. It's very important that I was here and already met some people that had been absolutely devastated."

The president approved a disaster declaration for Louisiana Friday night. It frees up federal funding for affected parishes. That funding can include grants for temporary housing and home repairs, low-cost loans to cover uninsured property losses and other recovery programs.

The states are beginning recovery efforts. Officials have warned residents in some areas that they could be without power and water for weeks. The outages come as heat advisories are declared, with temperatures forecast for the mid-90s and high humidity in Louisiana.