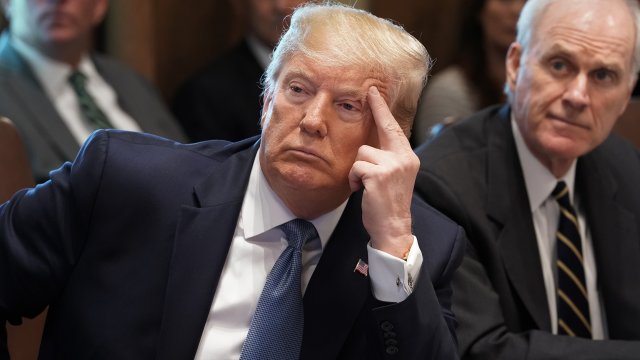 President Trump has a decision to make. How should the United States respond to Iran after its alleged attack on Saudi Arabian oil facilities?

It's an allegation Iran denies.

The Defense Department and military officers aren't sure where the president's decision will land, but an American official said national security aides have worked out several plans of action for him to consider.

One is the Pentagon's push for military strikes. Another involves small clandestine action targeting sites where cruise missiles, drones and other weapons are held. This option would also include outreach to the United Nations General Assembly to help support additional U.S. sanctions on Iran.

"The president took the first action today by again finding ways to raise sanctions, but the world needs to come together," U.S. Rep. Kevin McCarthy said.

But it may be difficult to get support after the U.S. withdrew from the Iran nuclear deal, and Saudi Arabia has been criticized for its war on Yemen resulting in civilian deaths. Making this, "U.S. Central Command is in consultation with the Saudis to discuss potential ways to mitigate future attacks," unappealing.

The official also said security aides would present a stronger option, dispatching more forces to the Persian Gulf. While there are several options on the table, both the U.S. and Iran seemingly want the same thing.

"We are here to build out a coalition aimed at achieving peace and a peaceful resolution," Secretary of State Mike Pompeo said.