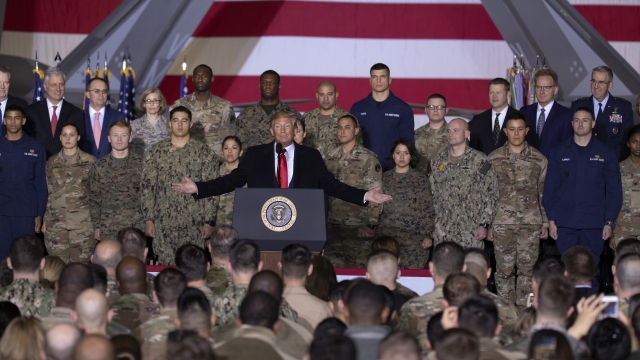 "Ladies and gentlemen the president of the United States and Mrs. Melania Trump."

"This is a truly historic day for the American Armed Forces," President Trump said.

The $738 billion defense bill authorizes the creation of the Space Force, a division to be housed within the Air Force.

"American superiority in Space is absolutely vital and we're leading, but we're not leading by enough, but very shortly we'll be leading by a lot," President Trump said.

This is something lawmakers and the president have been pushing for quite some time.

It would also grant federal workers 12 weeks of paid parental leave for the first time in U.S. history. It would apply to federal workers with newborns, newly adopted children or foster children.

The bill additionally includes a 3.1% pay raise for military personnel and revokes a policy that blocked some Gold Star families from receiving full survivor benefits.