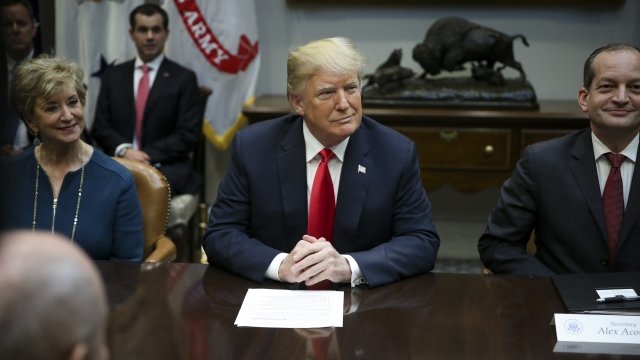 The bill only funds the government through December 7. The Senate passed the bill by a wide margin last week, followed by the House this past Wednesday.

President Trump had criticized the bill because it did not include funding for his proposed border wall. The president later said he changed his mind after getting a commitment from Senate Republicans to tackle the wall funding after the midterm elections.

The bill does include funding for the Departments of Defense, Labor, Health and Human Services, and Education.

Congress will need to pass another appropriations bill by the December deadline to avoid a shutdown then.