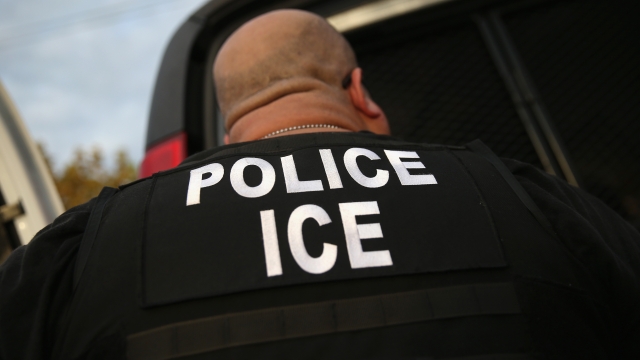 SMS
Trump Says ICE Raids Will Start Sometime After July 4
By LeeAnne Lowry
By LeeAnne Lowry
June 30, 2019
The raids were originally supposed to begin in 10 U.S. cities on June 23, but the president postponed them for two weeks.
SHOW TRANSCRIPT

President Donald Trump said a series of Immigration and Customs Enforcement raids will start sometime after Independence Day, "unless we do something pretty miraculous."

The raids were supposed to take place in 10 U.S. cities on June 23, but the president postponed them for two weeks. He said the delay came "at the request of Democrats" and Congress would have two weeks to find a solution to the, "Asylum and Loophole problems at the Southern Border."

Congress is now in recess until July 8, so no movement is being made toward that solution and President Trump isn't budging on the two week deadline. He said at a news conference on Saturday that asylum laws should be easy to reform, and that it could get done "in an hour."

ICE is reportedly planning on detaining families who have already gone through legal proceedings and received court-ordered removal requests. That number is expected to be around 2,000 people.