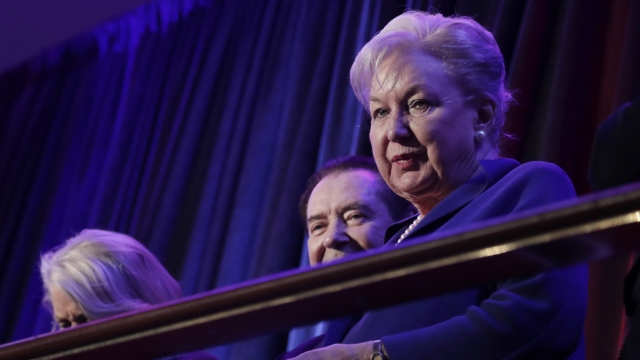 President Donald Trump's older sister can be heard in newly released audio recordings describing the president as a liar with "no principles."

Maryanne Trump Barry, a former federal judge, was secretly recorded by her niece Mary Trump in 2018 and 2019. Some were published Saturday by the Washington Post.

"The g**damn tweet and the lying. Oh, my God, I’m talking too freely, but you know. The change of stories, the lack of preparation, the lying, the- holy sh*t."

The Post reports that in one unpublished recording, Barry reacts to her brother suggesting on Fox News he may put her in a position to oversee cases of migrant children separated from their families. She responds that he must not have read her "immigration opinions" and “all he wants to do is appeal to his base." The sister adds, "you can't trust him."

President Trump responded in a statement saying, "Every day it's something else, who cares?"

Mary Trump has been stirring up trouble for the president recently, releasing a tell-all book titled "Too Much and Never Enough: How My Family Created the World's Most Dangerous Man." The recordings include quotes from Barry that aren't featured in the book.