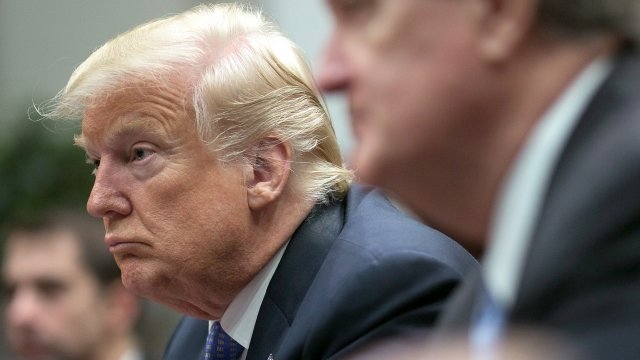 After Fox News anchor Tucker Carlson aired a segment on white farmers being stripped of their land in South Africa, the president tweeted about it.

The president said he had asked Secretary of State Mike Pompeo to closely study "land and farm seizures and expropriations and the large scale killing of farmers." He then put in quotation marks, "South African Government is now seizing land from white farmers."

Let's break down the president's tweet into two parts. First, there's the claim that the South African government is seizing land from white farmers.

There's a lot of context needed there. Before and during apartheid, black families and communities in South Africa had their land stripped from them. Now, the South African government is allowing them to file a claim for it.

Once that claim is filed, the government and the current landowners negotiate a deal to turn over the land. If they can't agree on a deal, the government can take it — that's the "expropriation" part.

All of that is the manifestation of a 1994 law. In every exchange so far, the government has paid the farmers it's acquired land from. Now, the government wants to make expropriations easier and speed up the restitution process, potentially without payment to current landowners.

On to the second part of the president's tweet about the "large scale" killings. That's not rooted in conclusive evidence.

There's no accurate count of farmers in the country. That makes it really difficult to calculate a rate of murders. But the police in South Africa say in the 2017-2018 financial year, there were 47 farm murders. At most, the rate is probably around 100 per 100,000 farmers. So, low.

In short, the president's tweet is inaccurate and lacks some critical context.