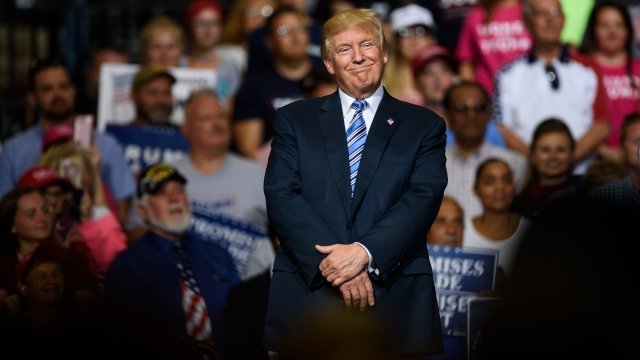 By Eugene Daniels
August 4, 2017
And they're having to do quite a bit of damage control.
SHOW TRANSCRIPT

And the president has surrounded himself with them. His new chief of staff, Gen. John Kelly, was the head of U.S. Southern Command and Secretary of Defense Jim Mattis is a retired Marine general. Trump's national security adviser, H.R. McMaster, is a lieutenant general in the Army, and the chairman of the Joint Chiefs of Staff, Joseph Dunford, is also a Marine general.

Believe it or not, this amount of generals in these top spots is not something Americans are really used to. Politico points out that not since Dwight Eisenhower's presidency have we seen senior military officials have so much power at the top of an administration.

But it shouldn't be a huge surprise that Trump took this route. He's constantly promised to make the military stronger than ever before. And President Trump has made it clear he likes tough guys, and it doesn't get much tougher than a general.

At the beginning of the president's transition, there was concern about how many military men were going to be handling foreign affairs and national security, but now the men are quickly being seen as a stabilizing force for the administration and the U.S.

Trump took office riding a populist and nationalist wave to the White House, promising that everything would be "America First" all the time. That kind of talk has made allies very nervous. But Trump's generals have been on a mission to quell those fears. They have been able to get the president to, at the very least, stop bashing NATO, stop him from ripping up the Iran nuclear deal or dropping out of NAFTA and honor the "One China" policy.

They are having to balance the president's needs to cater to his base with "America First" talk while making sure the U.S. honors decades-old alliances and the tradition of staying very involved on the international stage, and sometimes having to do it publicly. 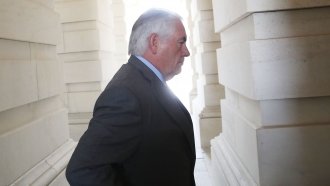 "Like it or not, we are a part of the world. That carries through for all the frustrations that are felt in America right now," Secretary Mattis said.

These are men who are completely committed to our country's place in the world. They also love rules and order, both of which President Trump has not seemed to keen on, so that tug of war and at times having to clean up the mess made from a presidential tweet or off-the-cuff remark probably aren't going anywhere.