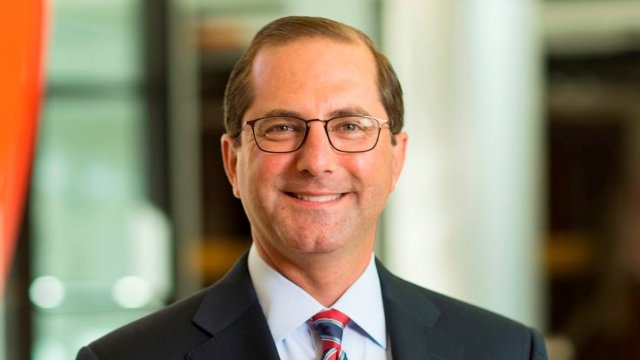 President Donald Trump has nominated a new head of the Department of Health and Human Services — Alex Azar.

Azar would replace Tom Price. The former secretary resigned in late September after he was swept into a scandal surrounding his use of costly private flights.

Most recently, Azar served as the president of Lilly USA, an affiliate of a global biopharmaceutical company.

Prior to that, Azar spent two years as the deputy secretary of the Department of Health and Human Services under President George W. Bush

Happy to announce, I am nominating Alex Azar to be the next HHS Secretary. He will be a star for better healthcare and lower drug prices!