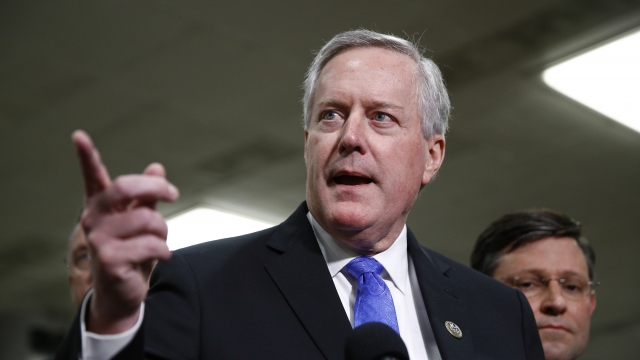 In a series of tweets Friday, the president said he will replace his acting chief of staff with Rep. Mark Meadows, a North Carolina Republican who announced in December that he wouldn't seek re-election.

The president thanked Mulvaney — who will become the U.S. special envoy for Northern Ireland — for "having served the Administration so well."

The staff change has been rumored for months, according to The Associated Press. However Trump wanted to wait until after his impeachment trial wrapped up before bringing in Meadows, who has been an avid supporter of him since his presidential campaign.

The AP said Meadows was offered the job Thursday, though his starting date wasn't announced. Meadows' current term in the House was scheduled to end in 2021.