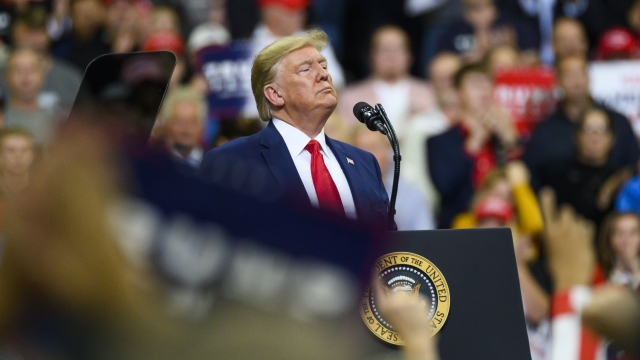 As part of an effort to expand his 2020 re-election campaign, President Donald Trump is now on the live-streaming site Twitch.

He made his Twitch debut from his campaign rally in Minneapolis Thursday, where he attacked Joe and Hunter Biden, Rep. Ilhan Omar and others. The video has more than 50,000 views. His page has links for supports to donate, shop and volunteer.

Some of the comments on President Trump's video had to be removed by Twitch because they were deemed inappropriate, according to CNBC.

Twitch says it has 15 million daily visitors, and as many as 1.3 million people streaming at once. Amazon bought Twitch, which was originally designed for gamers to interact with viewers, in 2014. President Trump has been known to criticize Amazon and its CEO Jeff Bezos, and has also gone after The Washington Post, which Bezos also owns.

In 2016, President Trump claimed Bezos bought The Washington Post so that Amazon would get positive coverage. But it's important to note Amazon does not own the newspaper. Nash Holdings LLC, Bezos' private company, bought it for $250 million in 2013.