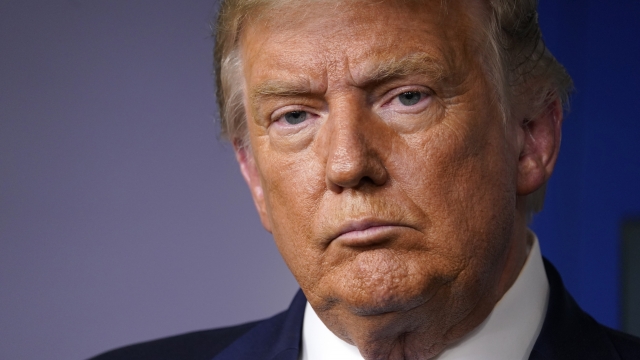 President Donald Trump is again looking to make his mark on the Supreme Court ...Something experts say could further shift an already conservative court.

"So here having really a staunch member of the liberal side of the court, Justice Ruth Bader Ginsburg, replaced by a president who [has] a very different perspective," said Robert Schapiro, who is an Asa Griggs Candler Professor of Law at Emory University. "President Donald Trump really could shift the court significantly in a more conservative direction."

The timing of the nomination has drawn complaints from Democrats. They point to the precedent set by Senate Majority Leader Mitch McConnell after he blocked hearings for President Obama's nominee Merrick Garland in 2016, saying it was too late in Obama’s term.

Despite the optics, appointing justices and federal judges has been a key focus for Republicans with President Trump appointing over 200 judges to the federal bench. Something that could impact America for decades to come.

"Judicial appointments has been a focus of Republican strategy. We've seen that really play out in the lower courts, particularly when sometimes Democratic presidents haven't moved as quickly to fill all possible vacancies," Schapiro said. "But President Trump as Republican allies, certainly have moved very quickly with regard to federal district court judges in federal court of appeals judges."

The high court is expected to take up a case involving the Affordable Care Act this fall. There may be other landmark challenges involving  Roe v. Wade or voting rights but it's hard to predict how justices will move on a particular case.

"A lot of presidents have discovered that once they put people on the court, the loyalty is to the court," said Melvin Urofsky, who is an author of several books focused on the Supreme Court. "Now you can get an idea how people will vote on certain things but the court's docket is this very broad."

Urofsky says we should be paying attention to how the court could interpret future challenges involving everything from bioethics to the internet, especially if the President appoints a younger nominee.

"What happens now is hard to say. I have some colleagues who have tried to do some predicting on this. And one of them has suggested that what we really ought to be paying attention to is how nominees think about science," Urofsky said. "There is no doubt in my mind that over the coming two decades we are going to see a lot of computer-related cases coming up before the Supreme Court."

The president is expected to announce his nominee for Supreme Court on September 26th setting the stage for what basically will be an expedited approval process. Because it typically takes months to get a nominee through the Senate and we're just weeks away from the 2020 election.