David Shulkin's Firing Was Far From A Surprise — Here's Why 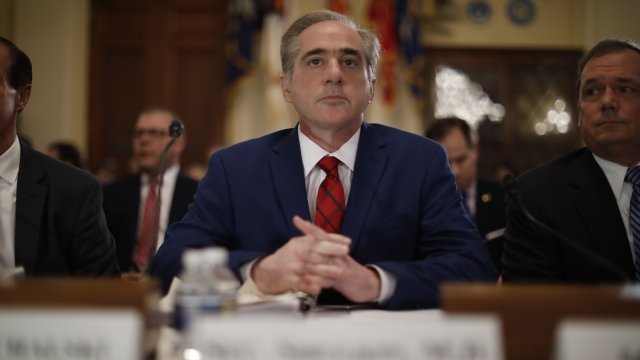 Secretary of Veterans Affairs David Shulkin's firing Wednesday was far from a surprise. Shulkin wasn't super popular at the VA or at the White House by the time the president announced his dismissal on Twitter. But what got us here?

Shulkin was a lone hold-over from the Obama administration. He worked under President Barack Obama for almost two years as undersecretary for health at the VA. He was unanimously confirmed in the Senate for his position.

During his confirmation hearings, he told lawmakers he should be fired if he wasn't able to fix problems and regain the trust of veterans.

In February, the VA inspector general reported Shulkin and his wife used VA resources to sightsee in England and Denmark. That sparked calls for his resignation and fueled an internal push at the VA to get rid of him.

Shulkin repaid the funds that were improperly used on that Europe trip, but that didn't stop the president from pulling the trigger on his firing Wednesday.