President Trump Continues To Work While Hospitalized At Walter Reed 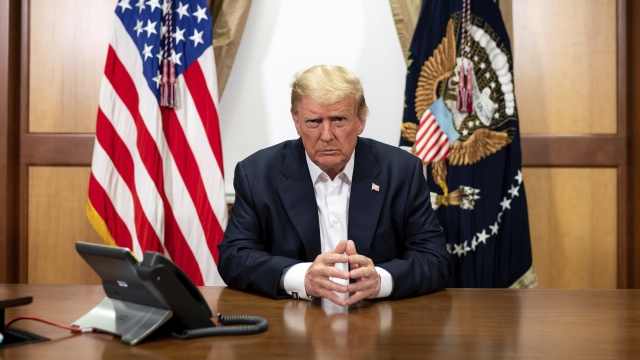 President Donald Trump remains hospitalized at Walter Reed Medical Center. But the White House and those in his administration say he's continuing to work while he's there.

Secretary of State Mike Pompeo says the president has been briefed on what's going on around the world.

"I did get a chance to talk with the president somewhat today. I think he spoke with his entire national security team today. Look this is a team--I've been working for this president for almost four years now. This is a team that is mature and capable. We're fully prepared for all of the possibilities that may take place. We had a good conversation. I'm not going to say what it was about, but we made sure the president was fully up to speed with all the things happening around the world," said Pompeo.

Though President Trump has appeared to look well in photos working out of the hospital, he has had a high fever and his blood oxygen level has dropped twice and received a steroid.

His physicians say he could be released as early as Monday.