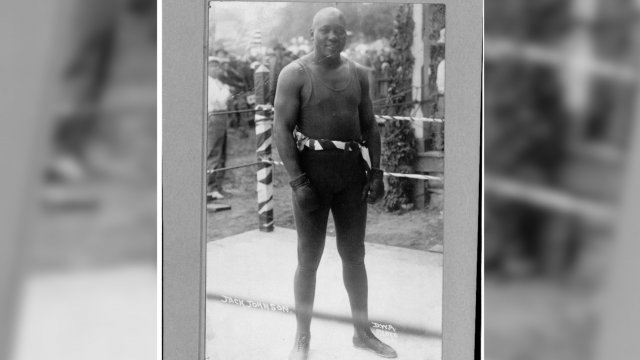 Trump said Sylvester Stallone called him about Johnson's story and that "His trials and tribulations were great, his life complex and controversial."

Here's a some background: John Arthur "Jack" Johnson was born in Galveston, Texas, in 1878. He became the first black boxer to win the world heavyweight championship.

He was convicted in 1913 under the Mann Act for crossing state lines with a white woman for an "immoral purpose." It took the all-white jury less than two hours to convict him.

Johnson skipped bail and became a fugitive for seven years until he turned himself in. He served one year in federal prison. Johnson died in a car crash in 1946.