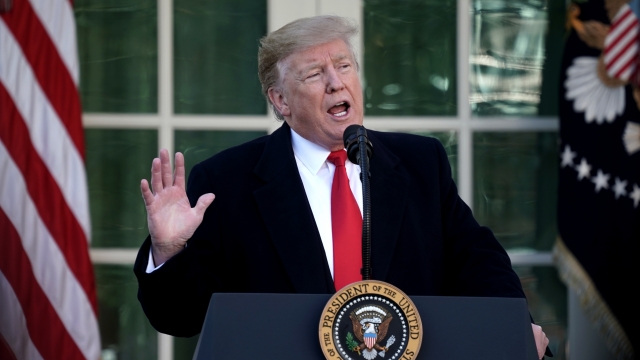 Earlier that day, the House followed in the Senate's footsteps and approved a short-term deal to fund the government for three weeks.

However, the deal does not include money for a border wall. President Donald Trump announced the measure would reopen the government until Feb. 15.

On Thursday President Trump said he had an alternative to fund the wall, but during a press conference Friday, he said he "didn't want to use it at this time."

The shutdown started on December 22 after President Trump requested funding for a wall in a budget bill and Democrats refused to agree to that. It has since become the longest shutdown in U.S. history and has directly affected more than 800,000 furloughed federal workers.