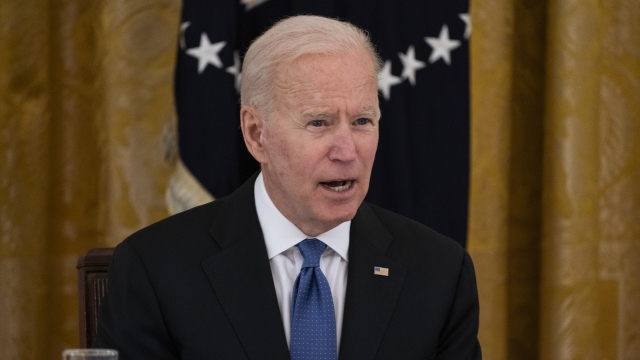 "Working with my team here in the White House, these Cabinet members will represent me in dealing with Congress, engage the public in selling the plan and help work out the details as we refine it and move forward," said the president.

Right now, Senate Minority Leader Mitch McConnell says the plan won't get any support from Republicans. But the president still plans to invite them to the Oval Office to hear their proposals.

He did the same for the American Rescue Plan but didn't end up getting any GOP support.

"The American Rescue Plan was an emergency package," said White House Press Secretary Jen Psaki. "We needed to get it done as quickly as possible to get the pandemic under control, get relief, direct checks out to Americans. We've got a little bit more time here to work and have discussions with members of both parties."

White House Press Secretary Jen Psaki said the administration is hoping there's "progress" on an infrastructure bill by Memorial Day and it's approved by Congress by summer.