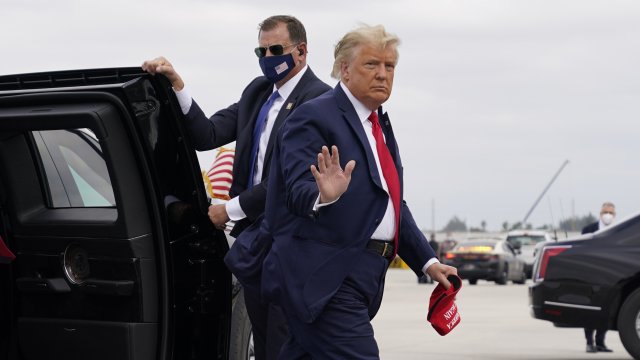 On Sunday, the president seemed to suggest he'll challenge the election's results.

He said "we're going in with our lawyers" as soon as polls close in battleground states.

To be clear, elections are never actually decided on election night. What you hear from news media are projections. It takes weeks to tabulate the votes and learn official results, and it could take much longer this year.