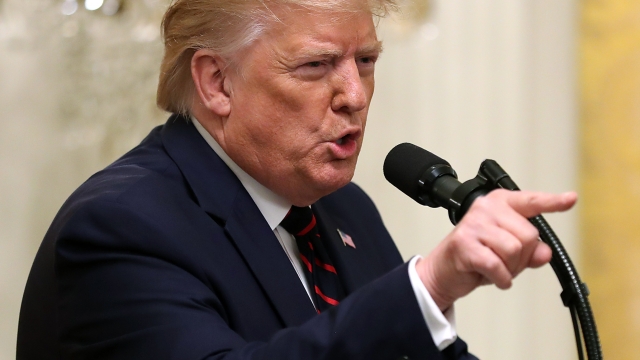 President Trump is growing angrier as the impeachment inquiry advances in Washington.

President Trump accused House Intelligence Committee Chairman Adam Schiff of treason for paraphrasing the notes on his call with the president of Ukraine. And he again accused people connected with the whistleblower complaint of being spies.

House Democrats are pressing ahead on their investigation. They say they're expecting the Trump administration to block requests, maybe even legally binding demands, as they advance their impeachment inquiry.

This as oversight committee Chairman Elijah Cummings says he plans to subpoena the White House Friday for more information on Ukraine. In his memo, the chairman said the committees have "tried several times to obtain voluntary compliance with our requests for documents." Cummings says the White House has refused to engage with, or even respond to, the Committees.

This may force Democrats to go through the courts, something that could take months or years and bring little impact to their inquiry. Democratic leadership says they're considering a different route.

President Trump has responded to the developments here today with fury both in private and in public.

All this as Intel Chairman Adam Schiff said the president is intimidating the whistleblower, set to testify soon before the committee.

The president says he has respect for quote "legitimate" whistleblowers, but that this falls short.

The next stage in this investigation comes Thursday as the former envoy to Ukraine, Kurt Volker, is set to testify behind closed doors.