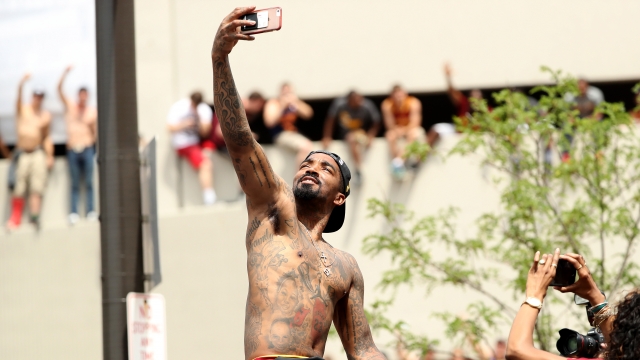 "Tell J.R. and everybody to put on a shirt, though," Obama said.

Since the Cleveland Cavaliers won the NBA championship, J.R. Smith has had trouble keeping his shirt on.

And he isn't the only one.

Obama might not be feeling Smith's shirtless look, but look on the bright side — like Smith's daughter.

"I'm just proud of him because he made the championship without getting kicked off the team," Smith's daughter Demi said.

This video includes images from Getty Images, clips from the Cleveland Cavaliers, WEWS and ESPN and music from Frenic / CC BY 3.0.