President Obama Asks Congress For $1.9B To Combat The Zika Virus 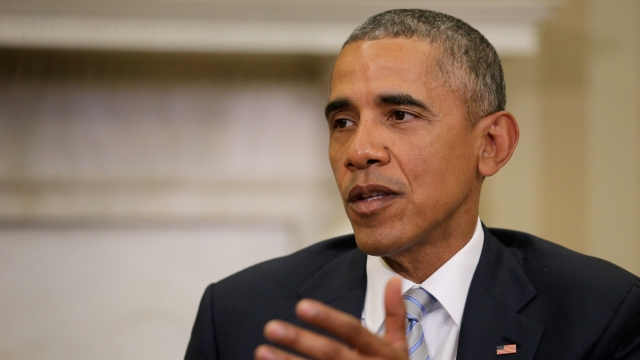 SMS
President Obama Asks Congress For $1.9B To Combat The Zika Virus
By Katie Link
By Katie Link
February 22, 2016
Obama asked for the funds to be set aside in an effort to "protect the health and safety of Americans."
SHOW TRANSCRIPT

President Obama wants Congress to spend a lot of money in the fight against the Zika virus — approximately $1.9 billion.

On Monday, Obama sent a letter to House Speaker Paul Ryan, asking for the funds to be set aside in an effort to "protect the health and safety of Americans."

The White House outlined its plans to request the emergency funding to fight the mosquito-borne virus earlier this month. Some of that funding would go toward research and the development of a vaccine.

But it's the Centers for Disease Control and Prevention that, if approved, would get a large portion of the funding — about $828 million.

At least 50 cases of the Zika virus have been confirmed in the U.S., and the virus has been linked to thousands of cases of babies born with small heads. While most people who contract the virus don't have severe symptoms, experts say pregnant women are at the most risk.