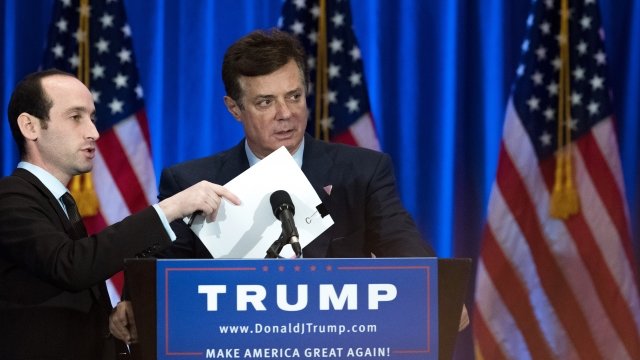 SMS
Here Are Lawmakers' Early Reactions To The Manafort, Gates Indictments
By Ryan Biek
By Ryan Biek
October 30, 2017
Capitol Hill seemed relatively quiet in its immediate response to Paul Manafort and Rick Gates turning themselves in to the FBI.
SHOW TRANSCRIPT

But while the media was buzzing, policymakers seemed relatively quiet about the breaking news.

Some of the first Democratic lawmakers to offer their comments urged support for Mueller's investigation into possible collusion between the Trump presidential campaign and Russia.

Sens. Chuck Schumer, Dianne Feinstein and Richard Blumenthal all made statements, saying the special investigation must go on unimpeded.

Senior Republican legislators, on the other hand, didn't have much to say in the immediate aftermath. 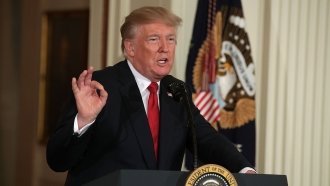 President Donald Trump responded with two tweets, saying the charges against Manafort and Gates aren't related to his presidential campaign, and there was no collusion.

The indictment against Manafort and Gates is mostly focused on lobbying work and alleged money laundering that happened before Trump's presidential campaign was up and running. But analysts note Mueller may use these indictments to leverage information specifically about Trump's campaign.

Federal authorities also revealed Monday that former Trump campaign adviser George Papadopoulos pleaded guilty to lying to the FBI. Papadopoulos' false statements were about conversations he had with people connected to the Russian government while he was on the Trump campaign team.

Lawyers for both Manafort and Gates entered not guilty pleas on their behalf Monday.