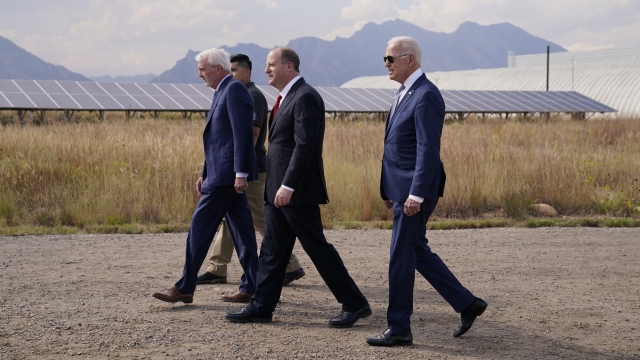 Turns out none of the world's leading economies have a climate plan that lives up to their promises under the Paris Agreement.

That's according to a new analysis published Wednesday morning. Researchers studied 36 countries and all 27 nations within the European Union that makeup 80% of the world's emissions. Not a single one was on track to help keep the Earth from warming 1.5 degree Celsius.

Just a few months ago, hundreds of scientists said climate change is a "code red" for the world, and leaders need to act quickly to avoid catastrophe.

But President Joe Biden says he does have a plan. A $3.5 trillion one. And he was touting it Tuesday while in Colorado — promising to boost clean energy, create up to a million new jobs every year, and help communities withstand climate disasters.

"Disasters, aren't going to stop. That's the nature of the climate threat, but we know, we know what we have to do. We just need to summon the courage and the creativity to do it," said the president. "Yes, we face a crisis, but we face a crisis with an unprecedented opportunity to create good jobs, to teach, to create industries of the future, to win the future, to save the planet."

The president is trying to re-shift the way Americans think about our reality. That means changing gas cars to electric, swapping oil for solar power and even re-thinking white picket fences as the American dream.