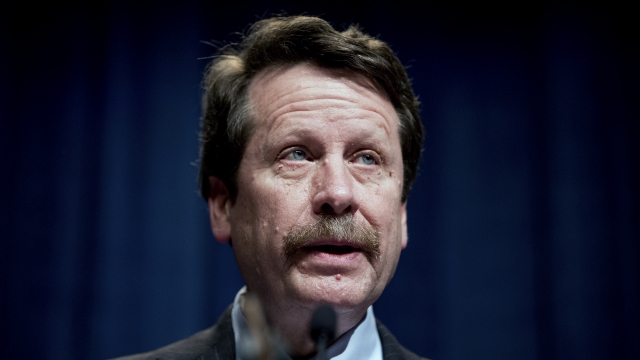 President Joe Biden on Friday is tapping former Food and Drug Administration commissioner Robert Califf to again lead the powerful regulatory agency, according to a person familiar with the decision.

Califf's nomination comes after months of concern that the agency near the center of the government's COVID-19 response has lacked a permanent leader. More than a half-dozen names were floated for the job before the White House settled on Califf.

A cardiologist and clinical trial specialist, Califf, 70, served as FDA commissioner for the last 11 months of President Barack Obama's second term. Before that, he spent one year as the agency's No. 2 official after more than 35 years as a prominent researcher at Duke University, where he helped design studies for many of the world's biggest drugmakers.

Since leaving the government, he has worked as a policy adviser to tech giant Google, in addition to his ongoing work at the Duke Clinical Research Institute.

If confirmed by the Senate, Califf would oversee decisions on COVID-19 vaccines along with a raft of other knotty issues, including the regulation of electronic cigarettes and effectiveness standards for prescription drugs. He would be the first FDA commissioner since the 1940s to return for a second stint leading the agency.

The FDA regulates the vaccines, drugs and tests used to combat COVID-19. That's on top of its normal duties regulating a swath of consumer goods and medicines, including prescription drugs, medical devices, tobacco products, cosmetics and most foods.

Dr. Janet Woodcock, the agency's longtime drug director, has been serving as acting commissioner since January. For months she was expected to be tapped for the permanent post, but her nomination ran into pushback from key Democratic lawmakers, including Sen. Joe Manchin of West Virginia, over the handling of opioid prescription painkillers during her 30-plus years at the agency.

The White House faced a legal deadline of mid-November to nominate a permanent commissioner or name another acting commissioner.