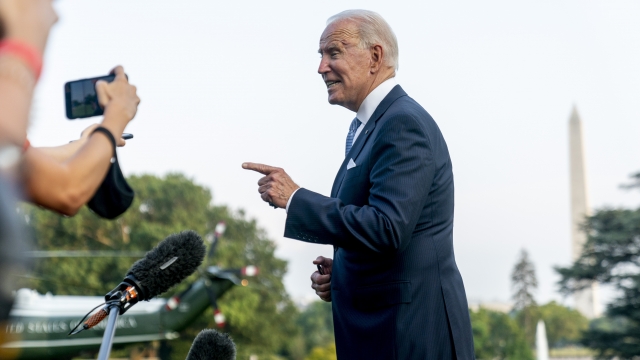 Momentum is starting to grow to get more Americans vaccinated and stop the spread of the more infectious Delta variant.

President Biden is requiring around 4 million federal workers and contractors to be fully vaccinated, or mask up and face weekly COVID testing. He also wants the Pentagon to develop a plan to require the COVID vaccine to serve in the military. And the president wants local and state governments to offer cash payments of $100 for people to get the shots.

“This is not about red states and blue states. It's literally about life and death. It's about life and death," he said. "That's what it's about. You know, I know people talk about freedom. But I learned growing up, school and my parents, with freedom comes responsibility.”

Meanwhile, thousands of state employees in the democratic-led states of California, New York and North Carolina are facing vaccine requirements. But Republican governors are trying to be more hands-off.