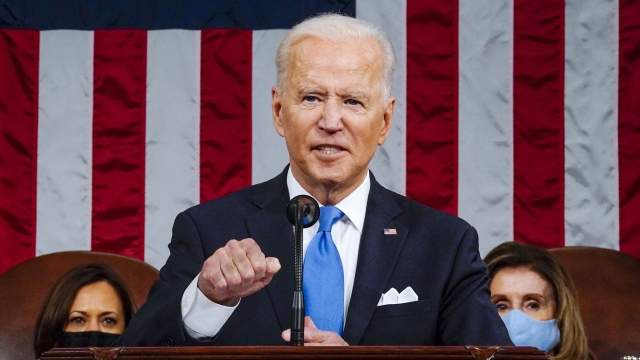 The bill would ban chokeholds, no-knock warrants and end qualified immunity for officers at the federal level.

The president is urging lawmakers to pass a police overhaul bill named after George Floyd.

During his address to Congress, he said he wants it on his desk by the anniversary of Floyd's death, May 25.

"My fellow Americans, we have to come together," He said. "To rebuild trust between law enforcement and the people they serve. To root out systemic racism in our criminal justice system and to enact police reform in George Floyd's name, that passed the House already. I know  Republicans have their own ideas and are engaged in productive discussions with Democrats in the Senate. We need to work together to find a consensus."

The bill would make sweeping changes to policing across the U.S.

It would ban chokeholds and no-knock warrants at a federal level and there would no longer be qualified immunity for officers, something Republican senators have pushed back on.