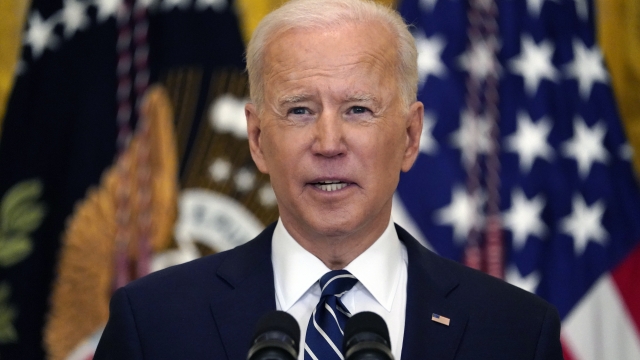 By Simon Kaufman
March 26, 2021
The president also says the U.S. will continue to call out China on human rights violations over its alleged abuse of Uyghur Muslims.
SHOW TRANSCRIPT

In his first official news conference, President Biden said he won't let China pass up the U.S. as the wealthiest and most powerful country in the world.

"That's not going to happen on my watch because the United States is continue to grow and expand," he said.

The president also says the U.S. will continue to call out China on human rights violations over its alleged abuse of Uyghur Muslims and approach to Hong Kong.

On the business front, he says he welcomes competition from China, but says it has to play fair.

China says it's on board for fair competition, but says it's been treated unfairly in recent years.

"How can we have fair competition when China's companies are discriminated against, when Chinese senior CEOs are detained without any reason, when there's such clear attempt to politicize everything," Chinese Ambassador Cui Tiankai said.

But in some cases, it's China that has blacklisted businesses and individuals it disagrees with.