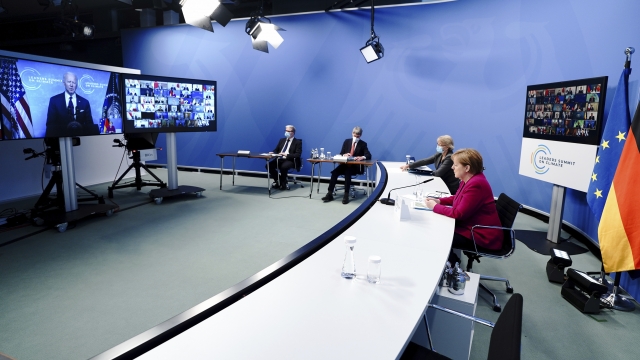 The climate meeting is being attended by 40 leaders, including Pope Francis, Xi Jinping and Vladimir Putin.

And he's calling on them to help make a real difference in the fight to protect our planet.

He says he also wants to keep global warming at a maximum of 1.5 degrees Celsius above pre-industrial levels and encouraged other leaders to join the initiative.

"We must get on the path now in order to do that. If we do, we'll breathe easier, literally and figuratively," he said. "We'll create good jobs here at home for millions of Americans and lay a strong foundation for growth in the future." He said "And that can be your goal as well."

President Biden has made fighting climate change a key part of his agenda.