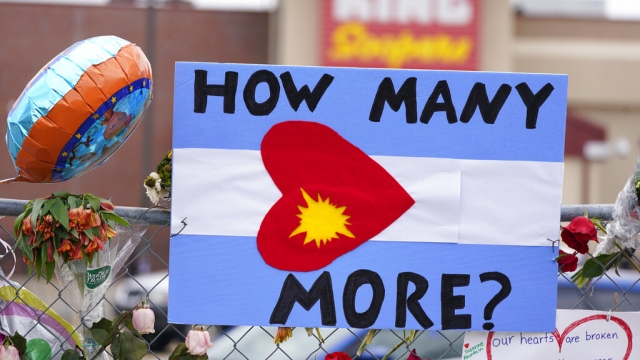 He called gun violence in the U.S. a "public health epidemic" and "international embarrassment" and said he wants lawmakers to work together on reform.

"I know that the conversation about guns in this country can be a difficult one, but even here, there's much more common ground than anyone would believe. There's much more common ground," said the president. "We're not going to give up now. The idea that we have so many people dying every single day from gun violence in America is a blemish on our character as a nation."

They list several goals for the DOJ to complete within the next two months including proposals for closing "ghost gun" loopholes and clarifying rules for modifying weapons.

The department will also publish a model "red flag" rule for states and issue an annual report on firearm trafficking.