Israel And Hamas Agree To Cease-Fire After International Pressure 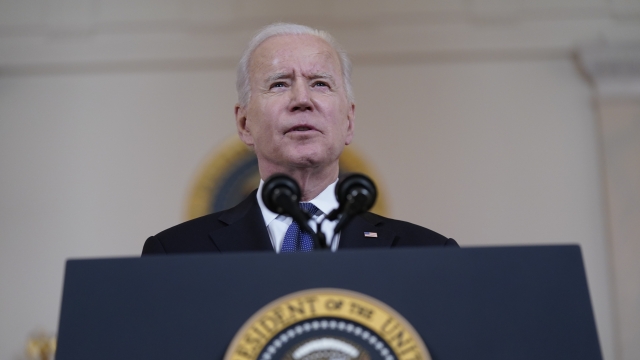 Eleven days of war between Israeli forces and Hamas are paused, at least for now. Israel and Hamas have agreed to a truce after days of increasing pressure from around the world, including President Biden.

But the rocket fire has already taken its toll.

"Prime Minister Netanyahu informed me that Israel has agreed to a mutual, unconditional cease-fire to begin in less than two hours," President Biden said.

This Newsy footage shows the aftermath on the ground from Gaza to Dahmash, a small Arab village outside of Tel Aviv. Witnesses on the ground now speaking with Newsy about innocent lives lost. Yusef Ismail is a paramedic, but he couldn't save the life of his brother-in-law and niece.

"I ran to here. As you see in this scene, the cars were burning, smoke everywhere," said Ismail. "She was lying here on the ground, he was lying there. I tried to save them, check their pulse and signs of life. Then suddenly, nothing. Just bleeding, no pulse, no breathing. No signs of life at all.”

The tragic loss of life at the center of multiple calls in recent days between President Biden and Israeli Prime Minister Benjamin Netanyahu.

Just hours before the cease-fire was announced, President Biden spoke with President Abdel-Fattah el-Sissi of Egypt, a key country in the region that helped broker a deal between Israel and Hamas during the 2014 war. But still, the idea of long-term peace remains unclear.

"So, I think the issue is the causes of conflict that needs to be settled and not the symptoms of the conflict," said Palestinian Authority Prime Minister Mohammad Shtayyeh.

For now, new reason to hope for peace.

“There’s hope that there will be a cease-fire, and then all our forces will start to return to what they were before," Ismail said. "There will be peace with everybody. That’s what we all want.”