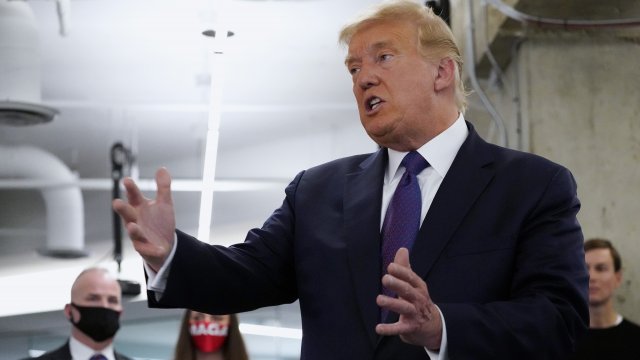 President Trump is again casting doubt on the country's democratic process, and Twitter is flagging his posts for misinformation.

The president tweeted: "The Supreme Court decision on voting in Pennsylvania is a VERY dangerous one. It will allow rampant and unchecked cheating and will undermine our entire systems of laws."

He's referring to a Supreme Court ruling that allowed Pennsylvania ballots postmarked by today but received in the three days after the election to be counted.

And voters braved long lines in Pennyslvania this morning, a key state in the race. Many election experts say the presidential race could come down to Pennsylvania.