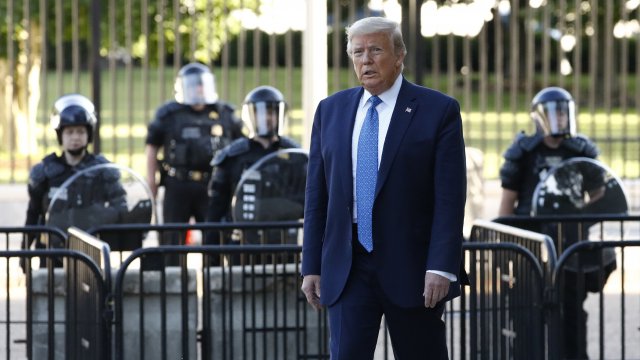 Just moments later, President Trump emerged, walking through the park that had just been cleared to pose for photos outside of St. John's Church.

"If a city of state refuses to take the actions that are necessary to defend the life and property of their residence, then I will deploy the united states military and quickly solve the problem for them." President Trump said.

The president did not show any sympathy for the protest movement in his remarks. But he did echo sentiments from earlier in the day ordering governors and mayors to use the military.

"A number of state and local governments have failed to take necessary action to safeguard their residents." he said."We cannot allow the righteous cries of peaceful protesters to be drown out from an angry mob. As their president I will fight to keep them safe. "