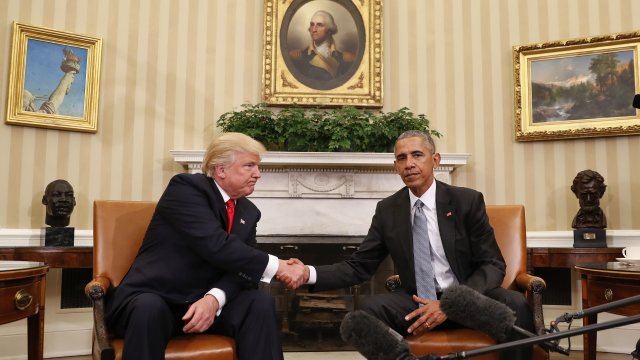 Four years ago today, then-President-elect Donald Trump met with then-President Obama to begin a transition of power between their two administrations.

"My No. 1 priority in the coming two months is to try to facilitate a transition that ensures our president-elect is successful," said Obama.

But President-elect Joe Biden has not been invited for any such conversation.

The White House is taking steps to delay a transition.

Tuesday, President-elect Biden said a transition is "well underway" and the president's refusal to accept his loss is "not of much consequence."

He tweeted Tuesday that "we will win" as Biden's lead continues to grow as new vote tallies are recorded.

A majority of Republican lawmakers won't acknowledge Biden's victory, either. After being reelected as Senate Majority leader today, Mitch McConnell said if there is a new administration, all the necessary steps will happen.