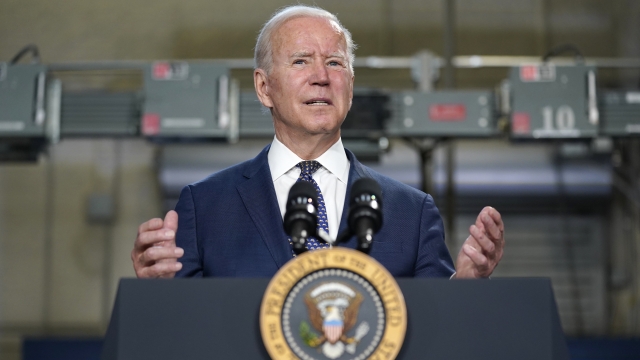 After reaching a bipartisan agreement on a traditional infrastructure package, President Biden is looking to win Americans' support for his American Families Plan.

The president touted the multi-trillion dollar "human infrastructure" package during a visit to a community college in northern Illinois yesterday.

"To truly win the 21st century and once again lead the world, to truly build an economy from the bottom up and the middle out, to truly deal everybody in this time, we need to invest in our people," Biden said.

It also makes child care more affordable for others by ensuring it doesn't cost them more than seven percent of their income.

"Low income children who participate in preschool are 47 percent more likely to earn an associates degree or higher and get through school without any difficulty," Biden said. "We have to build on that foundation for future success."

Republicans have opposed the American Families Plan in part because it would raise taxes on corporations and the wealthiest Americans.

The president and Democrats don't expect any Republican support, so they're trying to pass it through the reconciliation process, which allows them to bypass the filibuster and pass the bill with only Democratic support.