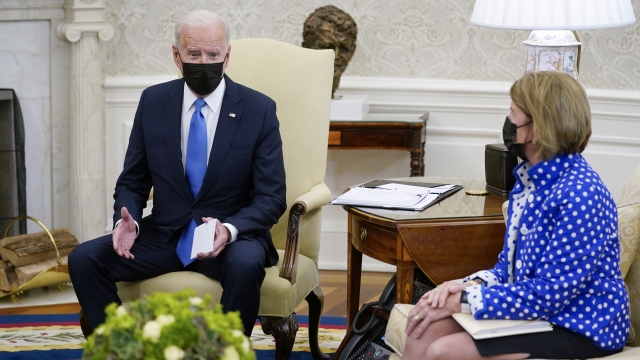 SMS
Pres. Biden Attempts To Gain GOP Support For His Infrastructure Plan
By Robin Dich
By Robin Dich
May 21, 2021
The White House continues to push Pres. Biden's $2.3 trillion plan but Senate Republicans have countered with a much cheaper proposal of their own.
SHOW TRANSCRIPT

President Biden is still working to get support from Republicans for his $2.3 trillion infrastructure plan.

Republicans have offered their own proposal of $568 billion and have remained at that amount.

The president wants to raise corporate taxes from 21 percent to 28 percent to pay for the plan.

The Biden administration had set a soft deadline of Memorial Day to see if there would be enough progress to move forward with a bipartisan deal or if it would be along party lines.